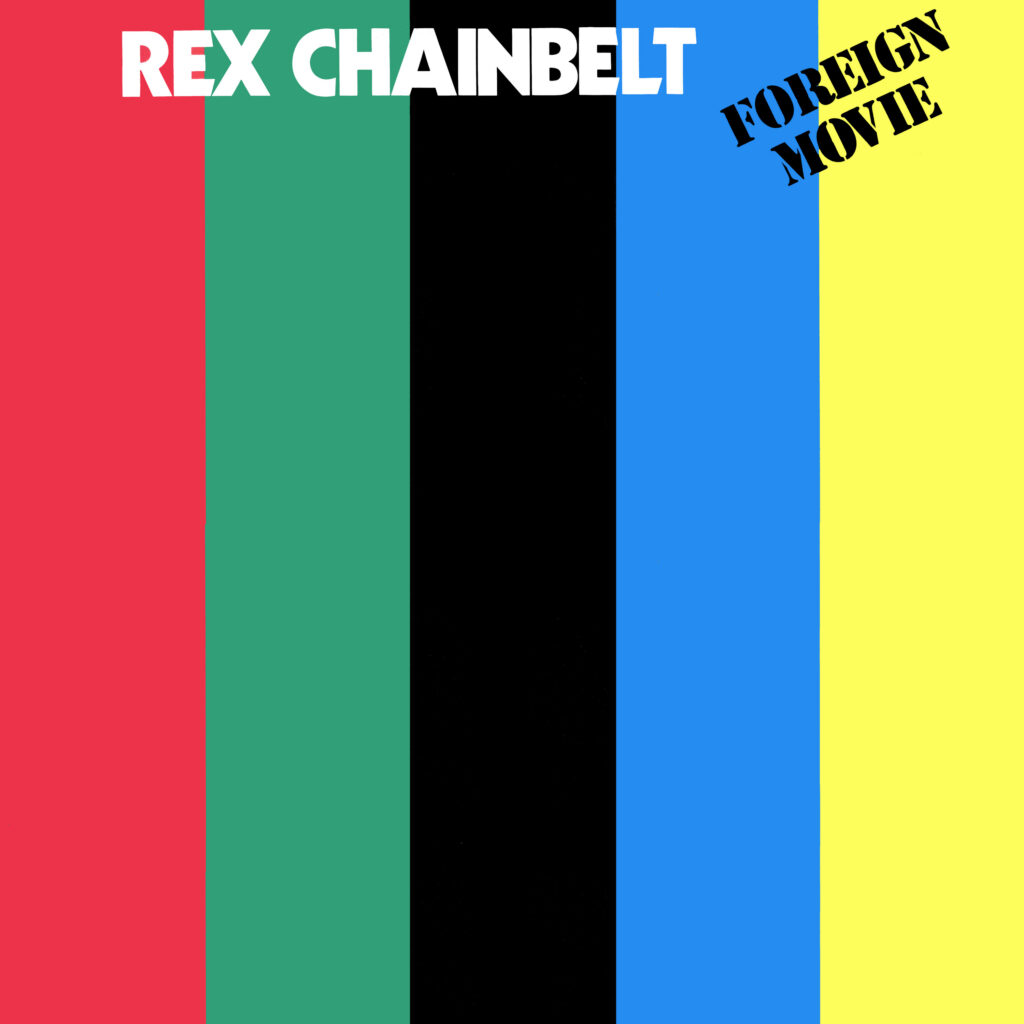 For lovers of fast paced pogo-punk and undiscovered Canadian rock talent, Rex Chainbelt is a worthy find. A hidden gem of the late 70s/early 80s Toronto punk scene, Rex Chainbelt were a punk group led by The Poles’ ex-drummer Tom Pidek (his stage name became the band’s namesake), and included Stevie B. Good, another former Poles member, and Patrick Pidek, also known as Mickey Rhythm. Near the end of the 70s they were rubbing elbows with bands like Arson, The Demics, and The Numbers, playing at a circuit of venues that included The Turning Point and Larry’s Hideaway, as well as sharing the bill at the Python Theatre’s 1979 Summer Splash concert. Though their tenure as a band was short-lived, they put out one album in 1980 –  “Foreign Movie” – co-produced by Stacey Heydon and chock full of obscure punk-rock treasures. The record was poorly distributed which led to its relatively unknown status, but it was resurrected by Pacemaker Entertainment over 40 years later with a digital release. Fans of the genre will relish in the bombastic momentum of tracks like “Fighter Plane” and “Talk it Over”, or fall into the carefree grooves of “Cherry Beach” and “Rich Man”.