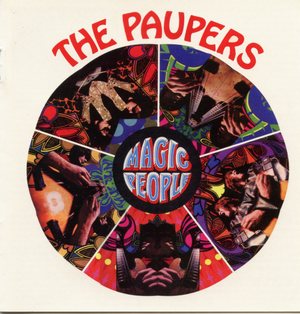 The Monterey International Pop Festival in June 1967 should have been The Paupers’ launchpad to international fame.

Only four months earlier, the Canadian folk-rock band had seemed destined for the top when Bob Dylan’s manager Albert Grossman bought their contract and began hyping them as the next biggest thing since The Beatles